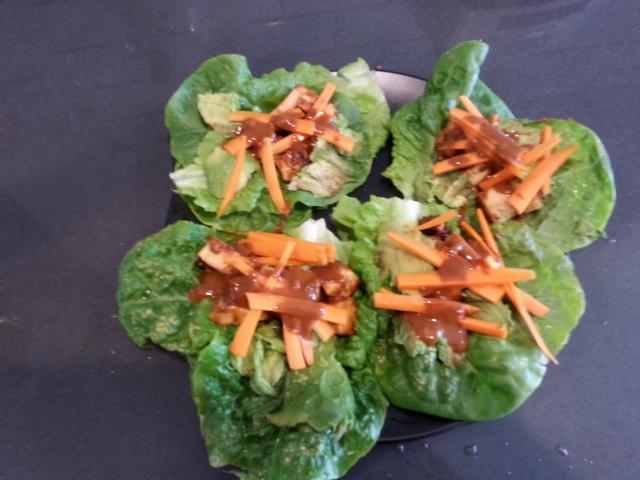 In the office, I was speaking to my cousin Evan about the honey my bees in Elkton, MD make.  The honey is absolutely amazing!  Evan was telling me about a new recipe he made with it, and though I haven’t had it myself, it sounds awesome….so here it is.  Thanks Evan! (Photo shows Asian lettuce wraps Evan made with this sauce recipe)

Combine the almond butter, tamari, honey, lemon juice and garlic in a medium bowl, and stir well to combine. Add the hot sauce one teaspoon at a time, tasting as you go until the desired spiciness is reached. (Be careful– I found two teaspoons to be pretty darn spicy!)

Pour over your favorite veggies or noodles, and enjoy immediately. Store any leftover sauce in a sealed container in the fridge for up to 3 days.

In the Kitchen with Grandma – Rice...